In collaboration with long-standing partners-in-crime Bring the Fire Project, we received funding from Culture Liverpool to animate Liverpool city centre with  Alice in Wonderland-themed fire street theatre festival “Follow the White Rabbit”. And animate the streets we did!

A walkabout consisting of Alice, the Mad Hatter, the Cheshire Cat, the March Hare and the White Rabbit roamed the city centre with fire props and LED light toys, causing good-natured mischief. Audiences followed the walkabout to our 6 daily pop-up performances in and around Williamson Square.

“This was so much fun to watch!” Laura Sullivan, Sulli Art

With bugs on unicycles, lit-up drums and playing cards on stilts, we transformed well-known streets into a magical parallel world. Our performances attracted big crowds and even bigger smiles. “Follow the White Rabbit”, bringing up the rear of a very busy time at Zest HQ, was really the apple of our eye. We’re chuffed to bits having been able to cause mayhem in the city centre, keeping everyone completely safe while having fun. 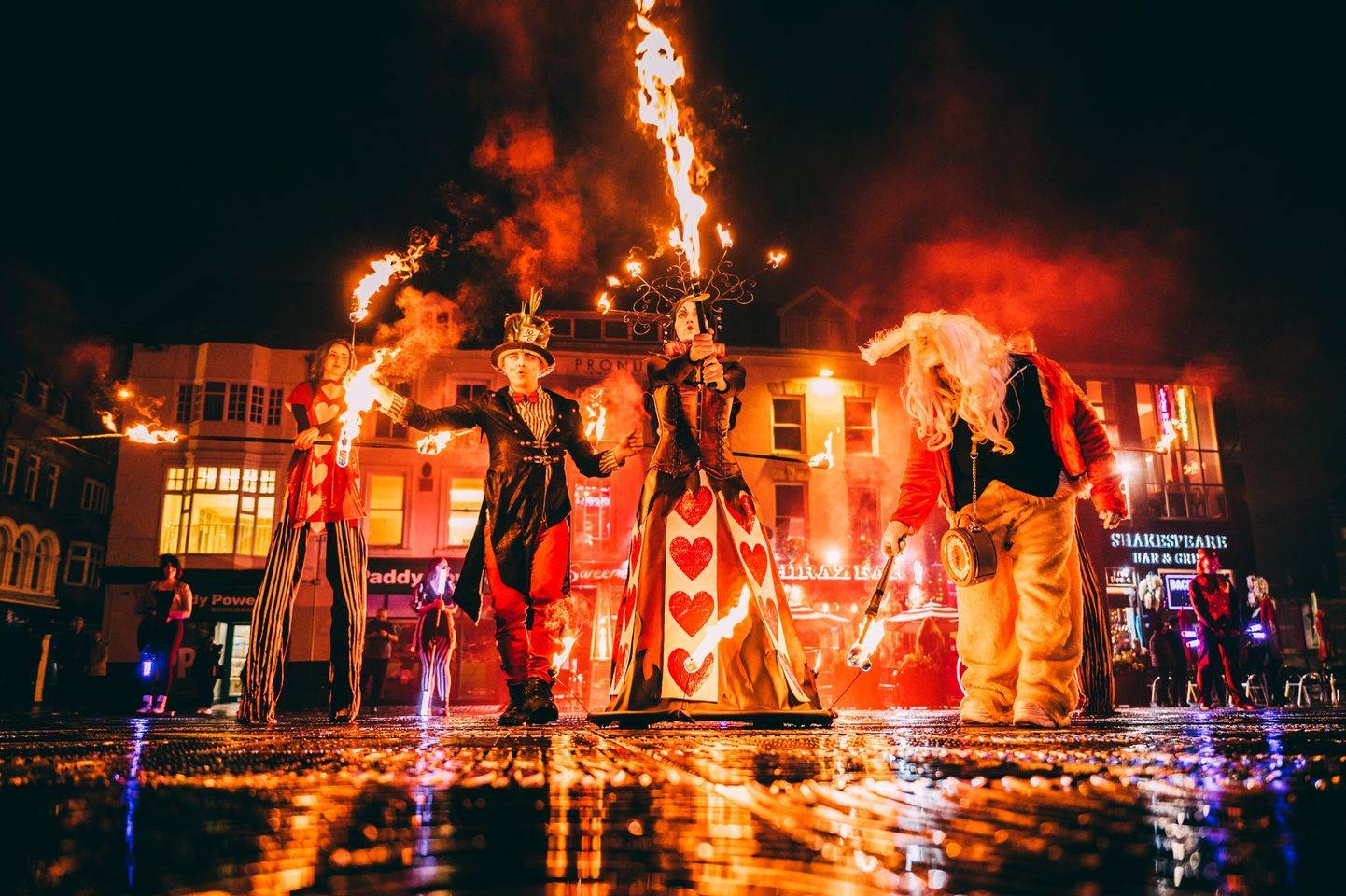 Thank You Culture Liverpool and Without Walls for the opportunity!
Check out the video of Alice being chased by a ferocious playing card here
Film credit to the amazing Tommy Wong With Katumba’s beautiful artistic brief, drawing on the traditions of Samhaim (Halloween’s origins) and Dia de los Muertos/Finados, when a portal open between dimensions, the parade brought to life two possible worlds: the lush and depleted earths. About 200 participants, 5 of which performing with live fire, lots of dancers, 80 drummers, 20 cyclists and […]